History of the Powers Collection

During fall of 1969 Myrt and I were in Arts International Gallery on 5th Avenue in Seattle. We saw a signed lithograph by Norman Rockwell titled Spelling Bee. It depicted grade school kids in the 1920s or 1930s lined up with a teacher holding a book during a spelling bee contest. The picture reminded us of our own experience in school in the 1930’s. It looked so familiar that I could even see myself as the boy in the overalls standing at the end of the line. He was looking up the line in hopes that someone else would be sent to the bottom of the line. Norman Rockwell had enamored me since I sold the Saturday Evening Post in Waco, Texas in the 1930s. My doodling on book covers throughout grade school was my desire to be able to draw as he did. We heard that many of his oils had burned during a fire in his studio and he was encouraged to reproduce the same images as signed lithographs. We were placed on a list of collectors to receive advanced notice of new publications. Over the next several years, we purchased as many as we could afford, but only those that we recognized from the past, We did not think of our purchases as an investment in art, but rather to be enjoyed by our family. 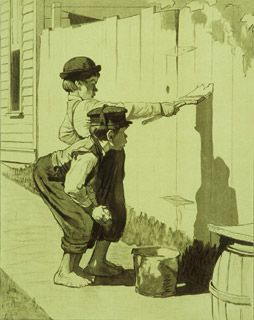 At one time, I telephoned Norman Rockwell in Stockbridge, Massachusetts. I was surprised that he answered his phone in his studio. His gravelly voice was distinctive. He was pleasant and friendly in conversation. I told him I was a collector and wanted to know what he was working on next. Our collection soon became known among galleries from San Francisco to New York. For instance, when I entered the Circle Gallery in San Francisco and announced that I was Walt Powers from Cheney, Washington seeking Rockwells, they immediately recognized our collection. They wanted to know if I had Doctor and Doll, because they had a client who was willing to pay top dollar if I wanted to sell it. My professional travels during the 1970s took me to major cities throughout the U.S. where I visited many galleries seeking his works. By the time Norman Rockwell died in 1978, we had collected almost half of. signed lithographs. At this time we began to recognize that our collection was one of the largest in the country. During the Spokane Exposition World’s Fair in 1974, Lincoln First Federal Savings and Loan contracted to display the collection of thirty lithographs that we owned at that time. The vice president of the bank wrote:

“The display was the most talked about exhibits in the history of the Lincoln Building. Nostalgia is ‘in’ today and pleasant pictures of a less complicated time brought pleasure to our customers and to our special visitors who came especially to see your collection.”

Many of the lithographs were executed at Stockbridge, Massachusetts; Edmond et Jacques Des Jobert, Paris, France; and Atelier, Paris, France. They were printed on stone.

Museums where the collection has been exhibited 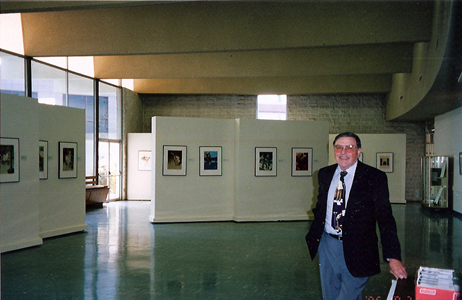 You can click on a portfolio link to the left or scroll down to view all of the images. The left and right arrow keys on your keyboard will allow you to scroll through the images without having to click on every one. You may also open multiple images at once by clicking on them, and then you may move them around the screen to position them for better viewing. To move the enlarged images, simply hold down the left mouse button while over the image and drag.

Tom Sawyer: “Well, I don't see why I oughtn't to like it. Does a boy get a chance to whitewash a fence every day.” Previous Image Next Image Close Move

Tom Sawyer: “The master's arm performed until it was tired, and then the stock of switches notably diminished.” Previous Image Next Image Close Move

Tom Sawyer: “He meow'd with caution once or twice.” Previous Image Next Image Close Move

Huckleberry Finn: “Then Miss Watson took me in the closet and prayed.” Previous Image Next Image Close Move

Huckleberry Finn: “Jim got down on his knees.” Previous Image Next Image Close Move

Huckleberry Finn: “There warn't no harm in them.” Previous Image Next Image Close Move

Huckleberry Finn: “When I lit my candle...” Previous Image Next Image Close Move 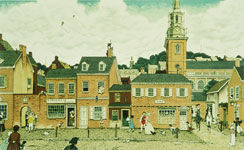 American Family: “Save Me” Previous Image Next Image Close Move 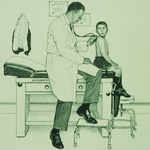 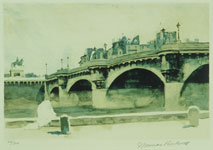 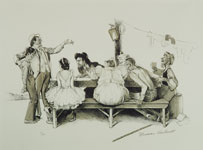 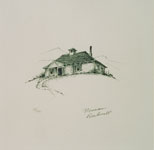 “Dreams of Long Ago” Previous Image Next Image Close Move

“Lincoln for the Defense” Previous Image Next Image Close Move

“Before the Shot” Previous Image Next Image Close Move 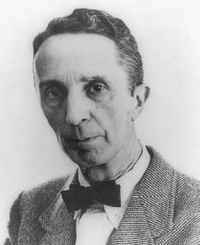 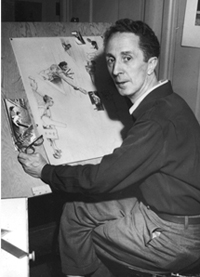 Norman Rockwell, one of twentieth century America's most loved and respected social commentators and historians, was born February 3, 1894, the dawning of an era of great change. From his first Post cover in 1916 to his 1969 Look Magazine “Apollo 11 Space Team” cover, Rockwell was always keenly observing, commenting, precisely recording for future generations every stirring event and prevailing mood in the American scene from the Horse and Buggy Age to the Space Age. In 1943, Rockwell's studio caught fire and destroyed many of his original oils, which he had painted for books, magazines, and advertisements. In the late 1960's he was urged to reproduce some of his earlier works as lithographs. The fifty-signed original lithographs in the Walter and Myrtle Powers Collection resulted from this act. They represent the artist's unique perspective on culture and history in America. “The Spelling Bee” is reported to be the first lithograph ever executed by Rockwell. Other signed lithographs in this collection include well known Saturday Evening Post covers as Before the Shot, The Ticket Seller, See America First, and Dreams of Long Ago. To create these lithographs, the images of Rockwell's original paintings and drawings were transferred to plates and stones. The painstaking process was personally supervised by Mr. Rockwell resulting in a limited edition, which he signed and numbered. List of achievements (from the Official Norman Rockwell website):

Conversion to Wordpress by Paul Tiemann.